This is the Web Page for Maddie's Speculative Fiction Story

After you check out my story, click here to read one of my classmate's!

Chapter 1: An Unfortunate Turn of Events

Celeste Richard looked out her office window at the Musee dOrsay to watch the dawn creep over parts of the Seine and slow traffic of self-flying cars in the streets and crossing bridges. Today was a Thursday morning and the date was June 7, in the year 2040. Also on this day the highly anticipated exhibit was opening for featured artists with Photoshop in the 20s, the 2020s, that is. Today was an important day for Celeste because it was her first day as museum director, and she was only 33. People were getting high ranking jobs younger and younger because mostly machines ran the operative and generally less skilled tasks. She quickly whipped out her completely glass Minitel cellphone, the MiPhone from her pocket and snapped a picture to share on Instagram with #TodayIsTheDay #20sArt.

Celeste immediately got likes, reposts, and comments because no one really slept anymore. She then decided to take a quick nap before the rest of her colleagues came in for work that day. Celeste knew how important this day was for her, she just never knew that it would be one to change life as the French knew it, as well.

As a museum director, Celeste was always surfing online the Minitel service that existed in her country of France on all her many devices to find art pieces and tackle issues regarding the museum.

All of the devices belonging to Celeste and her friends ran through the Minitel service, Teletel, since it was introduced to them in the 1970s and 1980s. Since that time however, the service has evolved and now become one that functions without the need of typing in digits and codes to get the feedback you wanted. Also, Minitel advanced beyond their simple terminal and began growing lines of other tech devices too. Eventually in the early 2000s, Minitel continued to persist over the Teletel network, but things became separated from the telephone lines so that users could access and utilize their devices anywhere, anytime.

For Celeste, the system was especially important for ticket sales and other functions the museum needed to run smoothly. The algorithms even just small museums were using in 2040 addressed each customers wants and needs using their social media pages and other public clicks, to curate special experiences in the museum for each of them. All these social media sites could be accessed through Minitel devices, of course. The systems that helped the museum run, like security and PTT kiosk systems, ran on softwares that existed on the Teletel cloud through internet connection.

When Celeste woke back up from her nap is was 9:17 a.m. She jumped as she was already late for their 9:15 a.m. meeting with her colleagues. Celeste breifly thought about why her alarm did not ring, but quickly pushed the idea out of her mind because she was too busy getting her materials ready to bring to the conference room. When Celeste arrived breathless at the conference room, the lights were off and no one was present. She walked back to her office and checked her cellphone. No messages? No notifications? The Teletel symbol was grey, representing no service, rather than its usual black ripples. Puzzled, Celeste restarted her phone and then fired up her desktop at her standing desk. Again, no network connection or even cellular service, on both devices. Celeste still was not panicked, however, as she knew how to fix simple computer issues. Basically, everyone had been writing code and learning about computers since the 1st grade because they were such vital part of running society. Celeste, and just a few other employees were able to keep jobs and run the entire Musee d Orsay because they knew how to run the systems that were installed in the museums alongside being a talented art curator.

She tweaked with some things in the electrical room and on her computer, the MiBook, as well as her tablet, the MiPad, but nothing worked for hours. Her very first exhibition was supposed to be opening today!

By this point, it was 1:00 p.m. and Celeste was disappointed and worried. She did not want to leave the museum yet because she was too determined to let her big day crumble like this. As Celeste saw some of her colleagues, tourists and citizens from the window, she knew something was seriously wrong because their behavior was alarming. But, the people could not get inside the museum because the security systems all relied on the cloud functioning. Celeste recognized her boyfriend, Tony, through the window who was able to spell out the issue for her using his hands, the cloud is gone, he wrote.

Celeste knew what that meant, everything was inaccessible because a virus must have crept into the cloud. The cloud was exclusively used in 2040 because all devices were so thin that they had almost no storage. But having limited storage did not matter because everything could exist and run on the cloud without having to be downloaded. However, no one ever anticipated a virus to enter the cloud, but alas, Celeste was living through this. Would it end? Would they have to live without the cloud forever? Celeste did not know what to do, she was trapped both literally and mentally. Even all the records that could help her work through the system were locked up somewhere in the cloud. There were no books around and there were no ways she could think of accessing her systems.

Celeste heard a crash and then saw Tony emerge from a window after scaling up the building. Again, no alarms went off because the virus had infected all their systems in the cloud.

What is going on? Tony exclaimed.

I am freaking out. Our cloud is gone and so none of our systems are functioning, Celeste said in hysterics.

Wow. Then the virus really has infected the sharing system used by the whole country, Tony replied.

Celeste sighed heavily. She had used the Minitel system to access the cyber world all her life. Could it really be all gone in a mere second?

Eventually the government realized that complete anonymity in cyberspace could be unsafe for the functioning of society. It turned out that the government released the virus into the system themselves so that they could reorganize the system. The Minitel system had to be changed so that government could know what individuals were accessing and posting in case of emergency. The French computer engineers adopted the the World Wide Web browser that existed over the internet system which the rest of the world was using. Minitel was so private and anonymous which many people loved because of free speech but eventually, especially after the elections in the past three decades, fake news and the spread of hate was growing at an unprecedented rate. The government need to take action against the privacy feature of Minitel in order to make individuals more responsible for their actions. Therefore, the government made the executive decision to switch to the WWW which was developing alongside Minitel. Luckily, programmers were able to overcome the fear that the systems would not be compatible enough to switch over all the documents from the cloud on the teletel network to the cloud on the internet.

It took the government the entire weekend to restart the program and begin with an entirely new system called the World Wide Web. This made each click and all permitted accesses traceable. Luckily, programmers were able to save all the information that was on the cloud and transfer it to the cloud on the new system that used a network called, wi-fi.

Celeste was able to reopen her exhibit the following week with great success and rave reviews.

Celeste thought about the new program in her apartment the night after the re-launch of the exhibit, what if the government starts gathering too much information about us? Will free speech completely dissipate? Only time will tell with this new system! 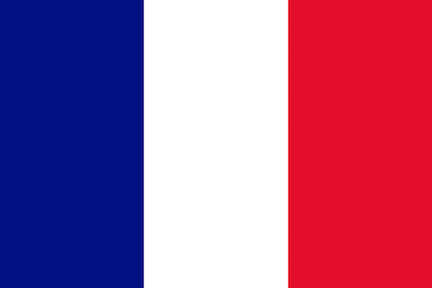 Remember to check out the class page to access my classmates' speculative fiction stories!